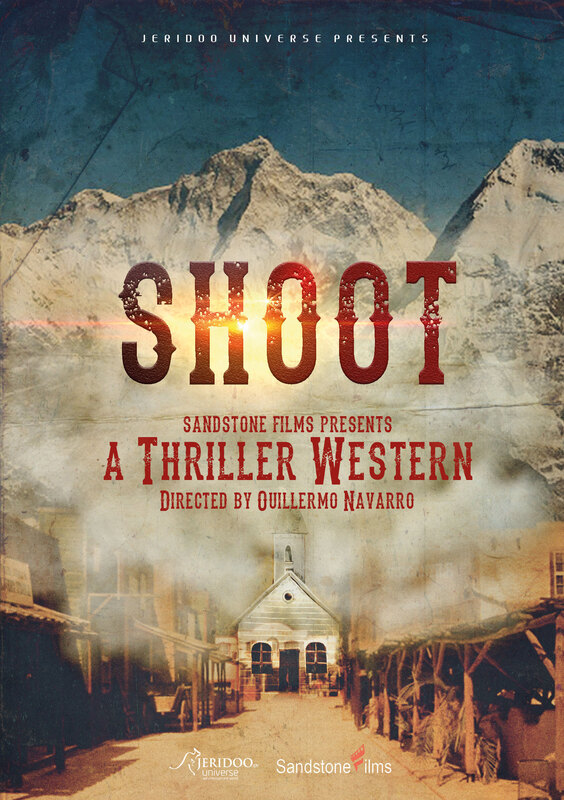 SHOOT is a gripping feature length drama that highlights how destructive the combination of human nature and gun scan be.

Set in 1860 SHOOT takes the audience on a dramatic journey into a peaceful world where human nature and guns collide with tragic consequences.

It tells the story of a community of city folks that have braved the Oregon trail to establish a god-abiding,gun-free society in the wilderness of the Western frontier. Led by Pastor Jon and his wife Josie, they live in peace and harmony, working together on the land and the forests around them.

When dead bodies in the wreckage of a wagon are discovered in a nearby ravine, out of respect the Pastor agrees to recover the corpses to give them a Christian burial, and against his better judgement, its load of military carbines are raised with them to keep them safe from the local Native Americans.

On the same day Mr.East, an ominous salesman arrives, and seeing the opportunity to trade the guns for gold with the Indians, he murders Pastor Jon and his son. With their leader gone, and despite the efforts of Josie and her son Billy to uphold the values of their society, Mr. East uses fear to twist their hearts and minds against her, and tricks them into the task of cleaning up the filthy weapons purportedly for self-defence.

Empowered by their use of guns,tensions that previously lay beneath the surface begin to rise, testing their relationships and values to a breaking point, until the community turns violently against itself.

With the village burning and their homes destroyed, only Josie and her son are left among the ruins to stand against Mr.East. When he captures Billy, Josie is forced to discard her values and choose between using a gun… and her son’s life.